While I was in university and working during the summer, I happened to become acquainted with two Golden Retrievers. They so impressed me with their beauty, strength and intelligence that I decided then and there as soon as I had the property and the time, I would have one of these beautiful dogs for my own. That was over 40 years ago.

My first Golden was a cross between hunting and conformation lines. Although a mix of Canadian, American, and British type, she was very ‘English’ in appearance.

I had my first litter three years later. It was by Tigathoe’s Pious Pete, a serious field competitor. After a great deal of cajoling and bribery on the part of my family members, I enrolled in an Obedience Class. At the same time, I took on my relative’s dog and went High In Trial with him.

We have produced many Conformation Champions, Obedience Champions, Guide Dogs, Service Dogs, Therapy Dogs, and Search and Rescue Dogs over the years, as well as many healthy companion dogs. Our aim is to produce a true Golden Retriever in looks, temperament, and health who has the capability to be all that its owner would like it to be.

At present, we are located outside of Ottawa, Ontario, and are now the owners of an excellent Boarding Kennel. We are the proud ‘parents’ of 11 Golden Retrievers, some old, many young, and a few in between. We love each and every one of them as though they were the only dog in our family.

You are welcome to visit us at any time by appointment. 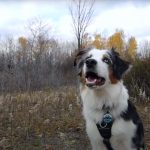 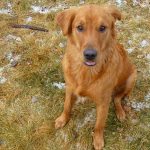